Corns are usually hard, yellowish circles of skin on the surface of the toes. They appear shiny and polished, and sometimes they develop a translucent center—a bit like a corn kernel—known as a nucleation, which enters the flesh in a cone-shaped point. Corns can also be soft and whitish, but soft corns are typically found on the webs between the fourth and fifth toes.

Usually the culprit is an ill-fitting shoe, probably with a narrow toe box (the reinforced area in the shoe’s tip, and the usual victim is the little toe, which rotates outward because of too much motion in the front of the foot. Hard or soft, most corns develop when toes rub against the shoe in which they’re enclosed or against each other. But corns may also occur in proper-fitting shoes when toes are misshapen—for example, hammer toes. 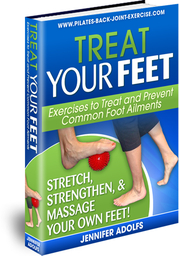 Calluses, on the other hand (or foot), aren’t limited to the feet—they can form on other areas of the body. Shoes—specifically high heels—are to blame for most calluses. However, as with corns, the feet themselves may sometimes be to blame. There are several reasons calluses may form:

• if the metatarsal bones are too long or badly aligned

• if the arch is excessively low or high

• if the Achilles tendon is short

• if the person walks with an abnormal gait or is obese

Additionally, calluses may form around warts caused by viral infections or around foreign bodies such as splinters.

The larger they grow and the more they rub against your shoe, the more painful corns can become. Eventually they can break down, forming skin ulcers that lead to infection. Corns may also cause severe pain by rubbing against a bursa—one of the sacs of fluid that overlies and protects each joint in your body.

If a corn develops on top of a bursa, as is often the case, the sac takes on more fluid to protect the bone and the result is bursitis, an inflamed and swollen bursal sac.

The herb celandine has a worldwide reputation as a corn remover. Here’s a gentle herbal remedy that you can make yourself for softening and removing corns:

Strain the liquid into a medium bowl using a wire strainer. Discard the plant material.

Return the liquid to the pan and let it simmer until it is reduced to 1 1/2 cups. Add the glycerin and continue simmering until the liquid is reduced to 2 cups. Strain the liquid, place it in a bottle and store it in cool place. Apply it to corns twice a day–for example, before you leave for work and before you go to bed.

Note that potassium chloride is available at supermarkets as a commercial salt substitute. Celandine can be found in the produce section of health food stores. 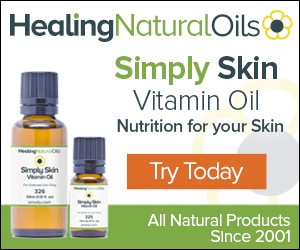