You may have to try a few different brands of natural deodorant before finding one that works for you, but your health is well worth it. Many deodorants contain Aluminum which is a neurotoxin that has been linked to brain diseases such as Alzheimer’s, and it’s a common ingredient in commercial antiperspirants. Aluminum chlorohydrate was commonly used for years because it was effective at blocking perspiration, not just blocking odor. People liked the fact that they could stop sweat from staining their clothing, but it’s not worth the risk to your health.

Once you decide to make the switch to a natural deodorant, it’s easy to become confused by various product claims. You don’t want a deodorant that has chemical additives, but you want one that really works. Here are some ingredients to look for when shopping for products that really are natural and have great deodorant capabilities too.

Potassium alum is a natural mineral salt that is effective in prohibiting the growth of odor-causing bacteria. It is also used in making flour, cheese, and mouthwashes. However, it does contain trace amounts of aluminum. So if you’re looking for a deodorant that is 100% aluminum free, choose one without this ingredient.

Zinc is a natural mineral that can be combined with plant-based substances to control bacteria. Zinc citrate is made from combining zinc oxide with citric acid. Zinc ricinoleate is made using castor seed oil. Both are effective antibacterial agents.

The flowers of the hop plant (also known as ‘hops’) have been used for centuries to control the growth of bacteria. Beer-lovers know that hops are used as a natural preservative in the beer making process. But don’t worry – using hops in your deodorant won’t make you smell like beer. And as it turns out, hops are effective at controlling the bacteria that cause body odor, too.

Lichen is an organism that grows on just about anything from bare rocks, to fence posts to tree trunks. Because of its antimicrobial, it is often used in natural. But it may cause some irritation for people with sensitive skin or who are allergic to molds. Also, environmentalists are concerned that it is being over-harvested, so if you are concerned with the eco-system you may want to choose a deodorant with alternative ingredients. 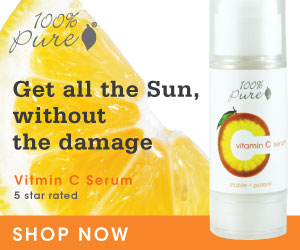